Posted on February 12, 2018 by bertbohosouth

I was lucky enough to be able to borrow a FLIR thermal imaging camera for a night, last November. I didn’t go far, just in the bush around the house. The experience of walking just with the FLIR, without a white light, was difficult and a little unnerving at first, but after a while it became easier.

Finding and observing animals was interesting (and the goal!), but viewing trees, vegetation and other physical features was just as eye-opening. It had been a hot day and the trees were still radiating plenty of heat. Click on an image to view the slide show. 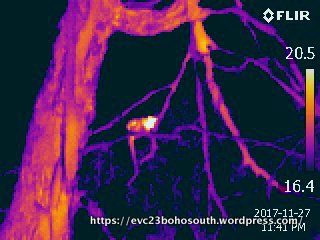 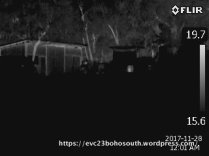 Workshop and forest behind

House and forest behind 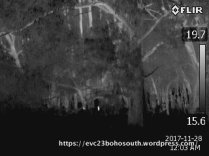 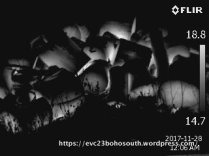 Firewood rounds lying on the ground.

Sugar Glider in a stag on Steens Rd 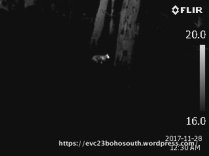 Wombat, invisible to the white light, but clear as day for the TI 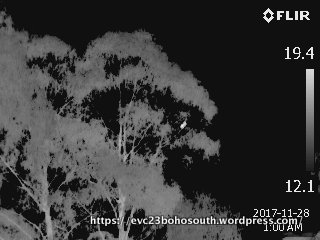 Koala high in a Manna Gum

Posted on February 9, 2018 by bertbohosouth

Posted on February 5, 2018 by bertbohosouth

Having not posted for a while, I’m filling in with pics of the forest and other goings-on from 2017. 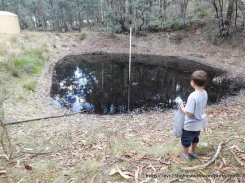 A failed dam has become an ephemeral wetland. 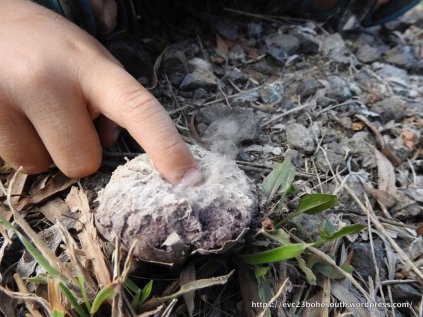 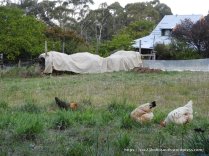 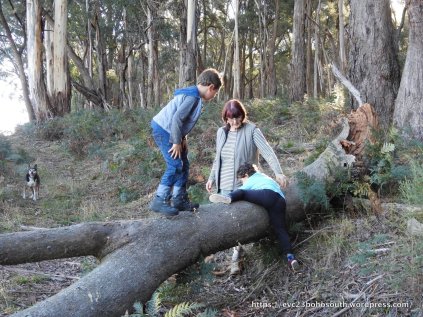 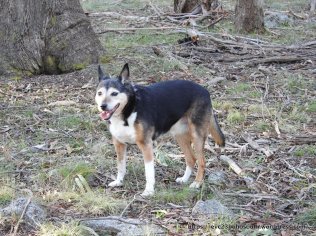 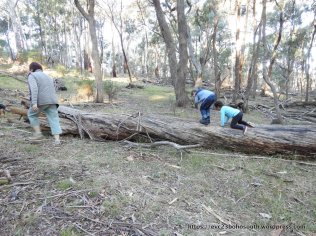 Fallen timber is no obstacle … 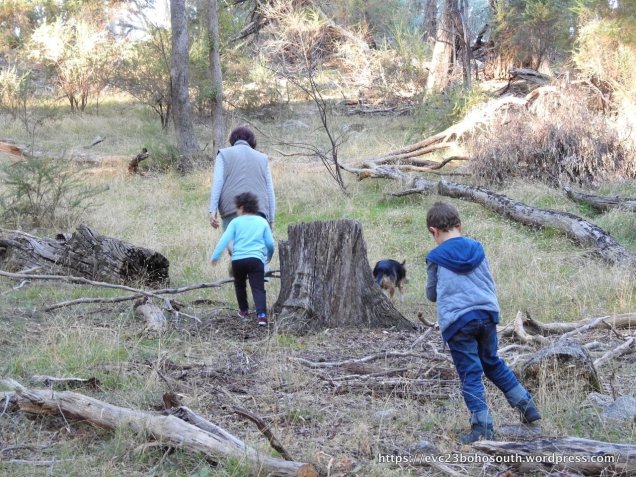 The Strathbogie Tableland to the east of Mt Wombat

Boundary Hill (‘our’ hill) to the north east

Sunset from Mt Wombat; Kelvin View and the western horizon

View to the south west

Whoa, 12 months since the last post! Anyway, the events of yesterday are worth recording.

First, a call distinctly like a whipbird, though likely just seriously good mimicry by a Golden Whistler, came to my attention mid-morning. After all, there are no wet gullies around here and the nearest resident Eastern Whipbirds are some kilometers away. But on second listening I was seriously considering the possibility, then this …

A blur of wings, but unmistakable – an Eastern Whipbird.

In the shadow of the grapevine

It’s the second ever record of an Eastern Whipbird in our Boho South garden. The first was in the wet Summer of 2010 – a coincidence?

A little later, passing an orange tree, I noticed the unmistakable  black-red-white combination of a Dainty Swallowtail. END_OF_DOCUMENT_TOKEN_TO_BE_REPLACED

Some gate-crashers arrived on NYE – a motley bunch, but colourful. It’s always a pleasure to see the Golden Stag Beetle. A preying mantis at the light didn’t seem to bother the local moths, who seemed happy to land on the big fellow. Th pick of the bunch was a large grey moth with distinctly striped legs – no ID yet. 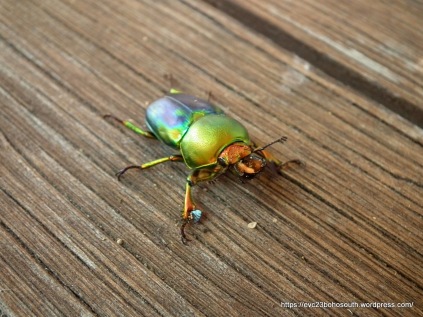 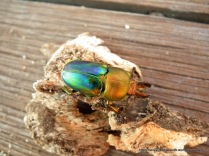 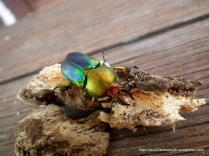 How the mighty fall

Posted on January 9, 2016 by bertbohosouth

Though our forest contains lots of trees, really big, old trees are few in number. Without these big trees, generally Manna Gums and Blue Gums (E. viminalis and E. bicostata, respectively), the forest couldn’t support the Greater Glider families (Petauroides volans) that still live on Boundary Hill and that we so love to see when out night-searching.

So, whenever I hear a big tree come down in the forest, I get nervous. After one heavy rainfall event in December 2015 I heard a crashing of branches and heavy thump. What I found was not a fallen gum, END_OF_DOCUMENT_TOKEN_TO_BE_REPLACED

Fancy a bit of crumpet? 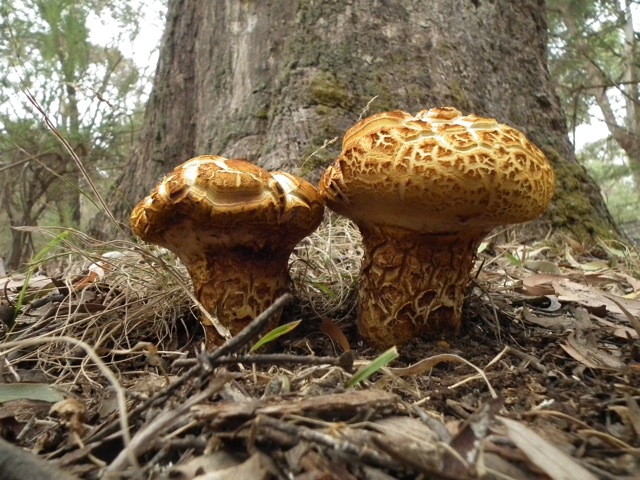 Seriously, though it looks a bit like a crumpet, I can’t find this fungus in any of my ID guides. Here are two more images.